Nutritional Therapy Clinic Based in Bristol

Do you feel better on a gluten-free diet but still have some symptoms that never seem to go away?  It could be that you are reacting to foods that have a similar protein structure to gluten and are experiencing symptoms caused by cross-reactivity or it could be because you are reacting to other components in foods that are not to do with gluten but are simply different proteins found in wheat and other foods.

Recent research published in the Journal of Proteome Research identifies 5 new groups of non-gluten proteins that are responsible for inflammation in patients with celiac disease. These 5 protein families are distinctly different from the gluten proteins known to cause celiac disease and as these new proteins are not being tested for at present they could help explain why many people who test negative for gluten antibodies respond favorably to a gluten free diet.

It is not yet known whether these proteins also cause inflammation is those with non-celiac gluten sensitivity (NCGS).

These 5 protein groups found in wheat include: 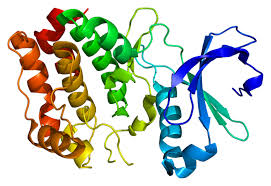 It is worth considering how many of these proteins, along with others not yet discovered, might be in other foods, such as rice and corn, and may be causing inflammation if you still have symptoms on a gluten-free diet.

So if you are feeling a bit better on a gluten-free diet yet are not completely symptom-free, you may need to be grain free. Not so difficult with a bit of help and encouragement!